The English playwright, actor and poet William Shakespeare is thought to have been born as the son of the shop owner John Shakespeare and his wife Mary, nee Arden, on April 23, 1564 in Stratford-upon-Avon and was baptized on April 26, 1564.
Shakespeare came from a wealthy family of townspeople and probably attended grammar-school in Stratford. When he was 18, he married the farmer's daughter Anne Hathaway, who was 8 years his senior. They had three children and it is thought that he worked as a teacher in Lancashire from 1582 to 1590.
In 1592 William Shakespeare seemed to have already been in contact with the theater in London, in 1594 he was an actor, playwright and member of the acting company called the "Chamberlain's Men", who were known as the "King's Men" from 1603. This company was one of the two leading, financially independent acting companies in London.
In 1595 he wrote his most poetic works, "Romeo and Juliet" and "A Midsummer Night's Dream". In the years between 1596 to 1599 his comedies transformed from the almost subversive "Merchant of Venice" via "The Merry Wives of Windsor" to the deeply romantic comedies "Much Ado about Nothing", "Twelfth Night" and "As you Like It".

At the turn of the century his work underwent a transformation, depicting a tragic world view, which can first be seen in "Julius Caesar". This phase of his work included the tragedies "Hamlet", "Macbeth", "Othello" and "King Lear", which deal with religious and political aspects of his time in a very complex manner.
In 1599 he became a shareholder of the Globe Theatre in London. Before, Shakespeare bought houses and land in his home town of Stratford-upon-Avon, where he lived from 1612 at the latest.
William Shakespeare died on April 23, 1616 in Stratford-upon-Avon, where he was buried at the altar of Holy Trinity Church. 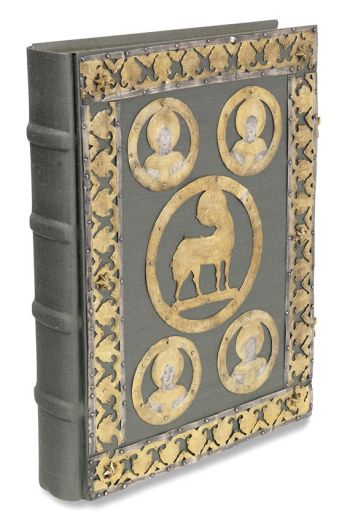 Would you like to sell a work by William Shakespeare?